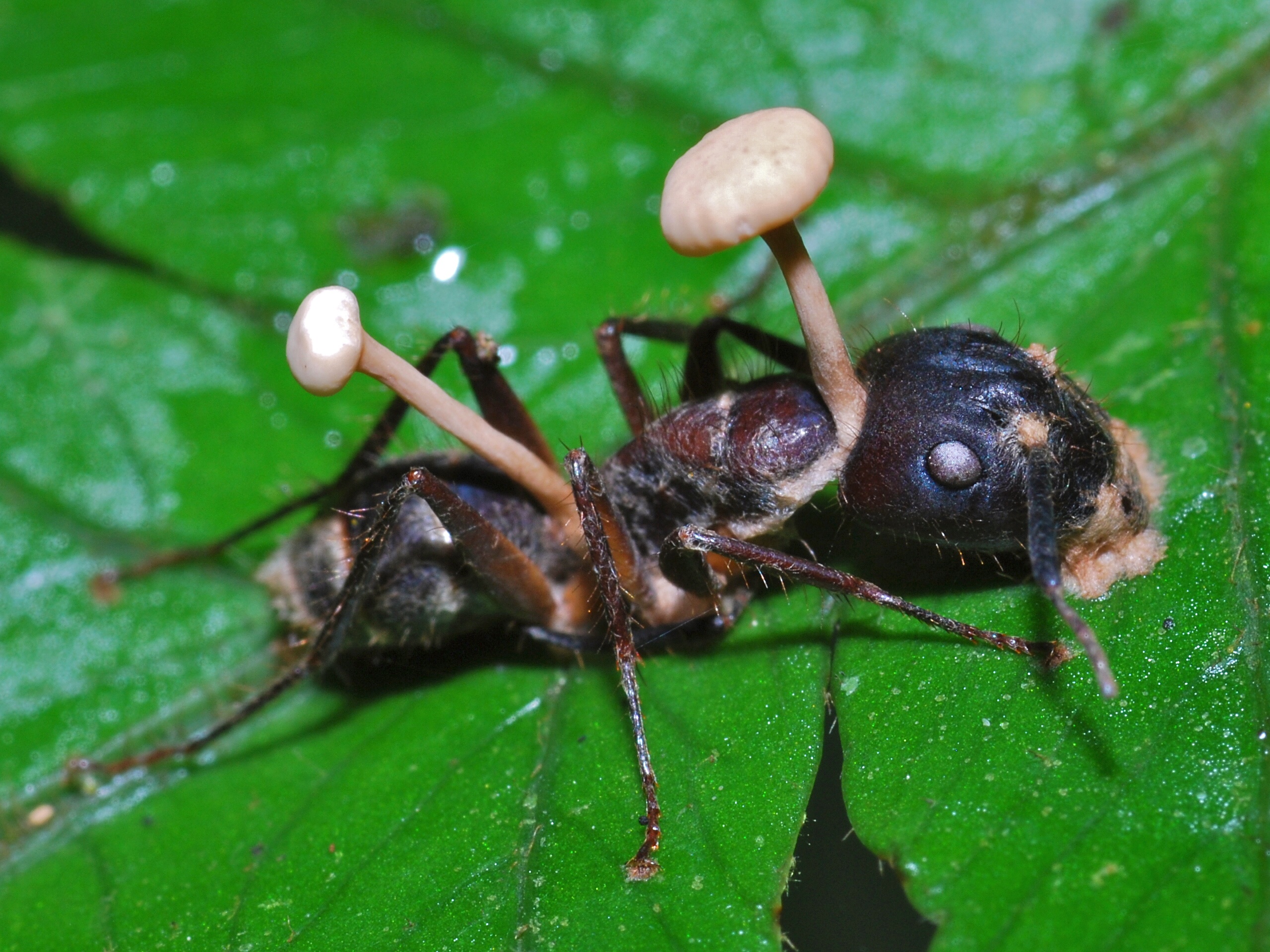 No, vegans and vegetarians, Mushrooms Are Not Vegan, as per the definition of veganism from the Vegan Society, as we discuss on the page The Carnivore Diet is More Vegan than a Vegan Diet. We’ll show you how one meal of wild mushrooms kills more animals than an entire year of being on the carnivore diet (maybe more than a lifetime on the carnivore diet), and hence, mushrooms, particularly wild mushrooms, are not vegan, even if they, themselves, are not animal products.

How can I make this claim? I forage for wild mushrooms. When you forage for your own wild foods, you become greatly aware that you are only one of many animals looking for a meal in the forest. And many wild mushrooms, although not all of them, are on the ‘greatly desired’ list for other animals, such as insects and worms.

Humans are not the only ones who think of mushrooms as food, and of the animals that do love to chomp on mushrooms, it doesn’t get much better than to simply live in a mushroom and nibble away at your edible home. Mushrooms have a short lifespan anyway, so why not make the most of it?

Phorid fly larvae are one example of an animal that love mushrooms so much it’s their primary food source. 1 The flies so quickly lay their eggs that it’s a race to see who will get to eat the mushrooms first, you or the larvae.

A forager will invariably find wild mushrooms, such as oyster mushrooms (Pleurotus ostreatus) and various boletes like porcini (Boletus edulis), with current residents happily nibbling away at a prized find.

Mushrooms are Not Vegan When They Are Someone’s Home

It’s nearly impossible to find mushrooms that aren’t already home to critters, which is why mushrooms are not vegan. Phorid fly larvae are the most obvious, as you will either see the worms themselves or their telltale tracks they eat through the fruiting body when you inspect each mushroom.

If you don’t see larvae right away, you can try this foraging veteran’s technique to know for sure if they are there. Pro tip: they are. That’s why mushrooms are not vegan.

Springtails (Collembola)  are less easy to see, but love mushies so much they invade in massive armies. These little aphid-like jumpers invade in such incredible numbers that I have had the surface of the water turn black with tens of thousands of their bodies while cleaning my haul of late oyster mushrooms (Panellus serotinus ) using the cleaning technique described in the post What Are the Tiny Black Bugs on Morels?

Carnivorous Mushrooms are Not Vegan

Unlike plants that can’t ultimately reproduce if they get eaten, mushrooms are the fruit of an underground mycelium that will still disseminate their millions of spores regardless of whether they are eaten by insects or not. Since they can, and often do, happily host hordes of creepy crawlies, mushrooms are not vegan, and they are even less vegan than many so-called vegan foods due to the sheer quantity of life forms they harbor.

Additionally, the mushrooms springtails like to eat also like to eat springtails… alive! Meaning that some mushrooms, at least around 200 different species, are actually carnivores! Make no mistake, I’m not talking about mushrooms simply colonizing animals that have already died, I’m talking about seeking out and destroying live animals for their nitrogen. 2

Some of the mechanisms they use are so advanced, including those employed by the commonly found oyster mushroom (Pleurotus ostreatus), they could be considered ‘hunting’. 3 Can you really be vegan if your food is an unapologetic carnivore that slowly eats it’s prey alive? Carnivorous mushrooms are not vegan, are they?

In other words, while your perfect organic pesticide-free Frog’s Leap Farms peach might have a poetic lone worm inside that made you sad when you accidentally bit through it, the ultra-local, hand-picked wild mushroom pate served on a naturally compostable banana-leaf plate by a blond dreadlocked hipster at Cafe Gratitude likely required the killing of the equivalent of the Mongol hordes.

Putting things into perspective, having a steak twice a day for 10 years would have caused far less death and suffering than an $18 topping for a couple of gluten-free flax crackers (that probably aren’t vegan either). Mushrooms are not vegan.