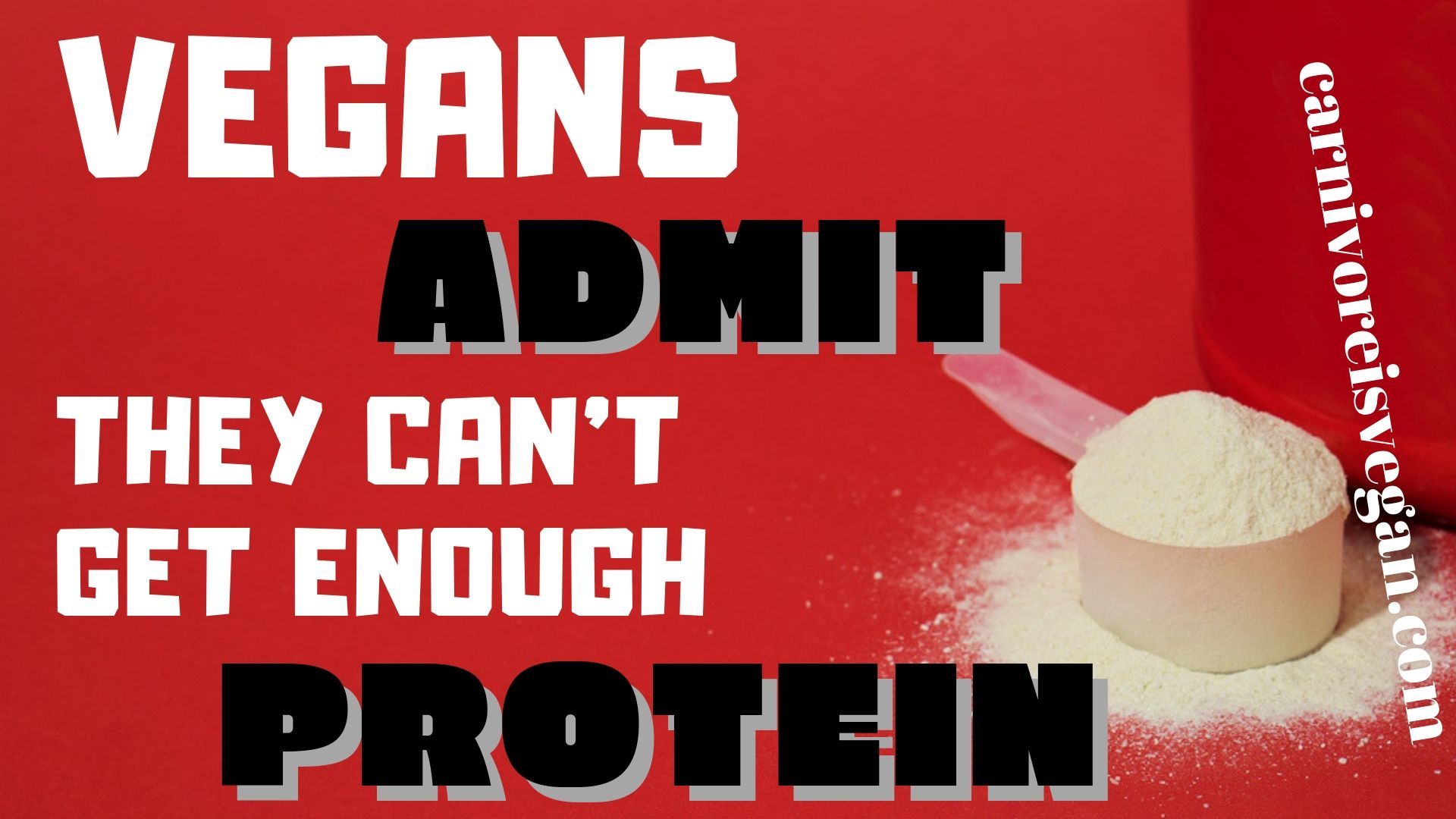 Vegans will ALWAYS claim that a vegan diet give you ‘plenty’ of protein, however, their actions belie their words because, by their own admission, vegan FOOD is insufficient to meet their protein needs.

Let me explain. If someone is going to claim that their DIET is sufficient in a particular nutrient, by taking that nutrient as a supplement, it’s a tacit admission that the diet actually doesn’t have that nutrient in sufficient amounts to meet your needs.

This is the situation we find a huge number of vegans advocating. They CLAIM that their diet has sufficient protein, yet they then take laboratory created concentrated protein supplements instead of actually getting their protein from their food, like the Beans They Claim are Superior to Beef! They are basically saying, “Do what I say, not as I do”.

It’s a tacit admission that a vegan diet has protein levels too low to meet the needs of the vast majority of it’s adherents, and as such, it’s an admission that the diet is evolutionarily inappropriate, otherwise why would they need to supplement protein? An evolutionarily appropriate diet would allow it to meet the needs of healthy, active people.

The vast number of ‘what I eat in a day’ videos are terrific fodder to find out the sheer number of vegans admitting they can’t reach their protein needs without a lab. I admit that I DID ‘cherry pick’ videos and skipped over the vast majority of vegans on the internet, 20 something year old emaciated females, and I headed for the videos with keywords of ‘athlete’, ‘high protein’, ‘health coach’, or ‘muscle’ in it, which I then DID NOT cherry-pick, but looked through and documented them all below.

All of the vegans with what I eat in a day videos with any of those keywords, with only a single exception, are forced to use a laboratory to provide them with sufficient protein. With the advent of the Impossible and Beyond Burgers, which also use concentrated laboratory created proteins, as well as Heme Iron, more and more vegans are going to be happily foregoing their protein deficient food for lab created protein that can’t be found in nature.

I’m sure that I could go on and on and on for pages and pages. But I do believe that I’ve made my point. Vegans say that a vegan diet provides all the protein they need to thrive, but they can’t get through a day without eating lab based concentrated protein never found in nature.

There has never been a society before agriculture that was vegan. There’s a very good reason for that. It’s only in the past few hundred years that agriculture and laboratories have allowed vegans to survive. Maybe they should eat beans for their protein instead. Oh, but they know beans don’t have much protein, which is why they make memes that deceive you, like I outline on the page Beef vs Beans, How Vegans Deceive.