A Carnivore Diet is More Vegan than a Vegan Diet 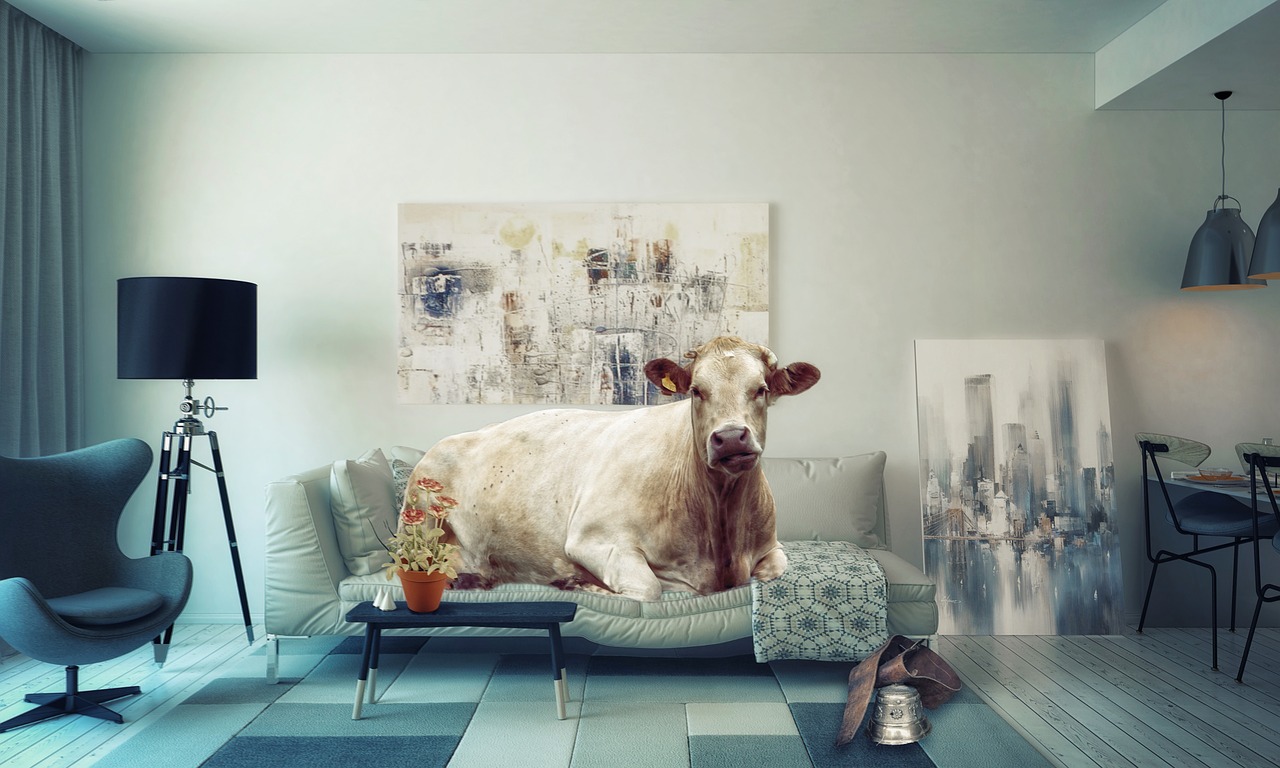 If you thought veganism was just a diet that excludes animals, well, not quite. According to the Vegan Society, “Veganism is a way of living which seeks to exclude, as far as is possible and practicable, all forms of exploitation of, and cruelty to, animals for food, clothing or any other purpose.” So, according to them, whatever diet accomplishes this best would be a ‘vegan’ diet, or more correctly THE vegan diet.

“Veganism is a way of living which seeks to exclude, as far as is possible and practicable, all forms of exploitation of, and cruelty to, animals for food, clothing or any other purpose.”

Unfortunately for vegans, a carnivore diet based entirely on animal products fulfills this ‘least harm principle’ better than a vegan diet does, particularly if the diet is based completely on large grass-fed and finished only herbivores, such as beef, bison, and lamb.  Please see our page on What is the Carnivore Diet (coming soon) for a discussion of this diet that is not only feasible, but practical, inexpensive, healthier, and environmentally superior to a vegan or vegetarian diet.

The Carnivore Diet is Vegan

The Carnivore Diet is the most vegan diet possible. While that may sound shocking and counterintuitive to many, it’s only because no one has pointed out the reality of the massive amount of harm done to animals and humans in the course of getting a vegan diet into the bellies of the humans who falsely believe they are doing the least harm to animals by choosing not to eat them. This site will demonstrate why ideological (or so called ‘ethical’) vegans are wrong, and that the carnivore diet is actually the most vegan diet possible (again, see definition above).

Death From the Carnivore Diet

There is no way around it, there WILL be death and exploitation of animals for humans to live, even when growing plants for food, as we will shortly show. So, for a diet to be vegan, it should kill and exploit the fewest number of animals. So, lets do the math for a carnivore diet, like we did on our Dairy Milk is 2000 Times More Ethical Than Almond Milk page. The ethics of veganism is a math problem, and the math does not work out in favor of veganism.

The average carnivore is eating around 2 pounds of beef per day (907 grams). The chronometer diet app states that this provides approximately 3000 calories per day with 232 grams of fat and 209 grams of protein. This is all anyone needs to not only live, but thrive and, again, there are people who can and are living on nothing but 2 pounds of beef a day and water.

Now, how much meat does a single cow provide? According to the Oklahoma Department of Agriculture, an average cow provides about 430 pounds of meat. Lets divide that by 365 days and that gets us about 1.18 pounds per day for an entire year per person per cow. So to get us to 2 pounds per person per day, we need less than 2 cows a year. In fact, two cows will provide 2.36 pounds of meat per day per person. The math for a carnivore diet is simple.

How Many Deaths is a Vegan Diet Responsible For Per Year?

While the math for a carnivore diet is simple, 2 deaths will feed a single person per year, the math for a vegan diet is so complex that it would be impossible to account for all of the deaths involved, but we will show you that it absolutely MUST be far more than the two deaths per year demanded by a carnivore diet consisting of nothing but grass fed and finished beef.

While a vegan will tell you that NO animals are killed for their diet, this is patently false and takes someone ignorant or dishonest to make this claim. Not only are animals killed in the pollination and harvest of plants, but Cow Slaves Are Used to Make Fertilizer for Vegans and we’ll soon be doing pieces showing how bees and other pollinators are abused and worked to death in order for vegans to simulate the delicious cow’s milk they seem to mimic at every opportunity.

Animals Aren’t Killed For Vegan Food… Are They?

There was a big furor in the vegan community over an article that came out by Dr. Steven Davis, using some back of the napkin math based on a few studies, of the amount of rodents killed per acre of agriculture land growing plants 1

While vegans were up in arms about this and tried unsuccessfully to refute the idea that rodents are killed for their food, an Australian environmental agency one-upped Davis’s article and found that over 25 TIMES the number of rodents are killed per usable kilogram of protein for grains than for meat! 2. This is no surprise to anyone who has seen videos like Animal Planet’s Infested! An Insane Mouse Plague documenting the reality of overgrowth of rodents (and their subsequent killing) that regularly occur on grain producing farms.

While vegan arguments end at rodent deaths, that’s just the beginning. Every time crops are harvested, snakes, birds, foxes, worms, and a plethora of other small animals get caught up in the harvester that had been living in the fields… if they survived the onslaught of pesticides thrown at them. And that brings us to the next category of death from vegan foods…

Amphibians on the Brink… Because of Vegans

Remember when you were a kid listening to the frogs behind your house? Most millennial vegans don’t because that hasn’t occurred in quite a while because the demand for more and more vegan foods are wiping them out.

How can I place the blame on agriculture? Well, studies state unambiguously,  “Pesticides are considered as one of the main causes of the worldwide decline of Amphibians”. 3

Even ‘safe’ doses of pesticides, it turns out, aren’t safe at all, causing frogs to die at 46 times the rate they normally would in the wild. 4

Currently, up to 1/3 of all amphibian species are threatened and many have gone extinct. Certainly, this is not entirely due to pesticides and loss of habitat from plants, but that is one of the major causes, and it’s a cause that vegans simply ignore because it feels warm and squishy to say that they are eating foods produced without cruelty.

If that isn’t enough, all those pesticides have to GO somewhere, and all too often they will go into the nearby lakes, rivers, streams, and canals that must irrigate the foods vegans eat.

That means that the animals living in those waters get exposed to the pesticides too. The hazards of humans being exposed to pesticides dumped into waterways was the subject of the now famous book and movie Silent Spring from 1962, and lets not even talk about the dangers of glyphosate to humans that are just starting to be discovered. But vegans haven’t been interested in changing the way crops are grown, and the pesticide industry continues to dump chemicals into the air and waterways.

One of the side effects of this huge industry are the marine life in these waterways. Just one single fertilizer factory in China caused the death of 110 tons of fish in the Hubei Province in China 5. While, obviously, Chinese safety standards are lower than those in western countries, everywhere in the world suffers from huge marine ‘Dead Zones’ from agricultural runoff.

The numbers of marine life killed in these dead zones is impossible to quantify, but these areas are so incredibly large they can be seen from space. Watch the video above to see just how massive these sterile dead areas are. And the vegan lust for plant products is mostly responsible.

A Holocaust of Insect Deaths

If you aren’t disgusted by now, we’ve only begun tallying the deaths of animals killed by vegan lust for plants. Insect deaths from growing plants is so staggeringly large, it is beyond comprehension.

The death of insects is so incredibly massive that one study estimates a 75% loss of total insect biomass, even in protected areas 6. Another has the added warning that up to 40% of all insect species are threatened and could soon be extinct. 7.

The loss of pollinators is one of the big ironies of the vegan movement. As they denude their crops with more and more chemicals, they destroy the very pollinators they rely on to create those crops. There are already companies anticipating the collapse of pollinators by creating artificial pollinators. They will, of course, sell these to the very farms that destroyed the bees in the first place to satisfy the insatiable blood lust of vegans who either can’t or don’t want to understand how their food is produced.

And all of this is even before the birds eating those insects are killed from being poisoned, their vegetables are shipped in trucks, trains, planes, and ships from all over the world, killing scores of insects along the way. On the contrary, many animal products, particularly large herbivores, are local, and a consumer buying a 1/2 or whole cow could literally take a year’s worth of food home in a single short drive from their house (yes, many people really do this).

Tallying Up Death From Veganism

Just to drive this point home, all of these deaths add up, and we’ll do a recap. A carnivore eating grass-fed large herbivores will be responsible for the death of two cows and the insects it eats each YEAR.

Vegans are responsible for the deaths of:

Let me remind you that eating a carnivore diet of large herbivores will cause the death of two cows a year, plus the insects they happen to eat and step on, and the amount of animals killed in trucking the meat locally. The carnivore diet is more vegan than a vegan diet.

If you want to be humane and ethical and do the least harm to the least number of animals, eat a carnivore diet of large grass-fed herbivores and drink Dairy Milk Instead of Almond Milk. To take that one step further, purchase 1/4, 1/2 or whole animal at a time from a local rancher that you can visit and ensure they treat the animals ethically and minimize shipping. There is no other diet more vegan than a carnivore diet practiced this way. #carnivoreisvegan